On The Other Side of Pain: A Wounded Leader’s Personal Story of Spiritual Abuse 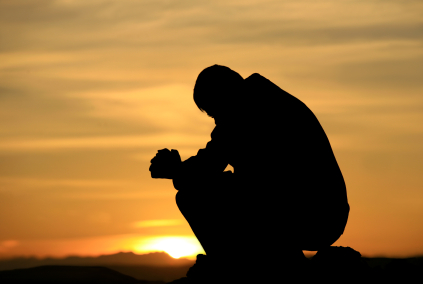 How do I begin to eloquently articulate, with simplicity, the devastation of an unforgettable experience that has inspired me to search for a resolve that unexpectedly qualifies and accepts the unlawful activity of a few good men, who with an arrogant posture had abruptly decided to invade the historical context of my story, unannounced. Clothed in garments that at first glance, appeared to be bathed in the beauty of innocent motivations, they deceptively conspire, like ravaging wolves dressed like sheep, to manipulate the loyalty of their followers with erroneous teachings and extra biblical dogmatic rhetoric.

Straight pimping from the pulpit, gifted with the excellent speech of great orators, they play on the sympathy and the ignorance of the unlearned, persuading those who choose to follow their lead to buy into a Ponzi scheme. With their fans and supporters shouting their praise, giving of their time, talents, and substance into what they presume to be a worthwhile investment, these preachers, who act like their from L.A., misuse their authority, leading from their position only, convincing others to follow because they have to and not because they want to. “Just do it because, I am the pastor”, becomes the rhetorical answer given to excuse them from providing supporters with the details of a vision they themselves are unsure of.

With their flocks now conditioned to give to the, “Mand of God”, that is right, I said, “Mand of God”, whole rent checks, forced to pay thousands of dollars toward the building fund, really the pastoral fund, the “Man of God” encourages others to continue on contributing into a promise they have not and never will benefit from. As the truth of their intentions slowly begin to unfold, some in a valiant attempt to escape from this tragedy disguised as ministry, run, like a slave from his master, like a prostitute from a pimp, only to remain embraced by fear, threatened by the curse God will bring on their lives if they every decide to break free.

After sitting silent for years, under the umbrella of illiterate leadership, the heart of those wounded by church elites continue to bleed uncontrollably, because of their failure to apply the appropriate ointment needed for them to be totally healed from the spread of a highly contagious disease called spiritual abuse. With the contamination of this infectious disease that for years repeatedly raped the soul of those seduced by its lies, one of the wounded finally stands up ready to take back what those with whom he trusted with his life, had covetously taken away. With the shout of, “what the hell, oh no they didn’t try and pimp me like I was one of his whores,” the wounded leader sparks a revolt, that ignites a fire in others, oppressed by these hypocritical Christians for years, to fight back, not with violence, but with the revelation knowledge they received from the Holy Spirit.

From 2003 to 2007, my wife and I experienced the excruciating pain of ministry gone wrong. As a young minister, newly married, both of us naïve, and somewhat gullible when it came to submitting our gifts under the vision of those God assigned for us to follow, we joined a ministry that pimped us into prostituting our gifts off in the presence of those afraid of our potential. Drawn into what we were sure was going to be a promising journey, we very quickly came to realized that in order for us to survive under that leadership at that time, we had to carry ourselves in the posture of a slave ready to bow down to his master, because we were no longer considered free moral agents.

For four years, the pastor manipulated and used us for his own personal gain, saying and doing things like turning the members against each other, making us pray like him, convincing married women not to sleep with their husbands by suggesting to them that if they did not heed to his instruction they were possessed with a devil. Surely, we have all heard the infamous sermons about how God is so mad at us, and the never ending threats about the curse they always guarantee would come on us if we every left the church.

Interesting enough, before my wife and I finally got up enough courage to walk away in 2007, this pastor made a startling confession to me. When he and his wife, the first lady, understood that we really had left and were not coming back, they met with us, one last time at our house. Towards the end of our heated conversation when he realized there was not a chance in hell we were going to play on his team again, he said to me and I quote, “I have always known what you needed from me as your leader, but I am just not able to give it to you. After hearing that, my knees buckled, inside I begin to cry, after he confirmed for me what I already knew. He cut me up, left my wounds exposed, subjected me to infection and left me to die. Some years later, my wife and I found out that he was having an affair on his wife with one of the young ladies in our church, during our tenure in his ministry. We were crushed.

With that all behind us, we were now challenged with figuring out how to move forward. Moving forward, however, was not so easy. I was lost and because of my pain, I had no desire to serve God in any capacity. This was the second, no the third time this happened. My father left me; the pastor who ordained me while I was in college told me I was the least of all the other ministers; and now, this man of the cloth tells me he can’t give me what I need. I was through with church folk.

In time, I realized something very important that helped me regain my focus. The more and more I devoted myself to not becoming like the leaders who hurt me, the more and more I became like them. For years after I left, I struggled with low self-esteem, anger and even became addicted to pornography to escape the reality my experience had on my marriage. It was not until some years later that God revealed to me that in order for me to be free from my pain and self-pity, I had to stop trying not to be like the people who hurt me, and devote my time and energy to become the man He has always said I am. I stopped measuring myself according to the standard I had seen and allowed them to set for me and begin to estimate my value and worth as a person according to God’s standard. God gave me wisdom, the ability to see myself in the capacity he created me and never expected me to be anything more or less than what he said I should be. As time passed, I slowly began to build myself back up into my most holy faith. Sure enough, as I continued to grow, my pain turned into my victory.

In 2010, I rediscovered my love for writing. That year, I was commissioned by God to write a book entitled, “The Wounded Leader: A Superhero Revealed Through the Eyes of His Alter Ego,” that has since been published. I soon found out that writing was my gift and a positive way for me to break free from my pain. It was therapeutic. Instead of going to a counselor, I would just write. I just finished my second book entitled, “This Is My Confession: The Superhero’s Tell All Exclusive Interview,” which is due out by the end of this year. By having God’s grace throughout my journey of healing, I am now working on my third book, writing a play, two movie scripts, starting a watch line, starting a business, and pastoring a church. God has provided me a full-time job to provide for my household, a loving and beautiful wife, and I am raising my 4 children all in the name of my Lord and Savior Jesus Christ. Jesus saved me! Jesus built me back up and I’m delivered now. He showed me that salvation is the process through which God delivers you from one thing, by devoting you to something that is better than what he delivered you from. God delivered us from the abuse we suffered in ministry by helping us to devote our energy and effort into strengthening our personal relationship with Jesus. If you, like me have been hurt in the church, focus your efforts on becoming the person God desires for you to be, and let Jesus show you how to live a healthy life on the other side of your pain.

Pastor Shaun Saunders is the author of “The Wounded Leader: The True Identity of The Superhero Revealed Through The Eyes of His Alter Ego,” and is Senior Pastor of the Word of Life Free Methodist Church in Fayetteville, Georgia. He is a contributing writer for mojomediaonline.com. Twitter:@shaunsaunders3 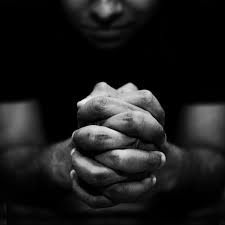 Quote of The Day

Who Is Angela Monique?