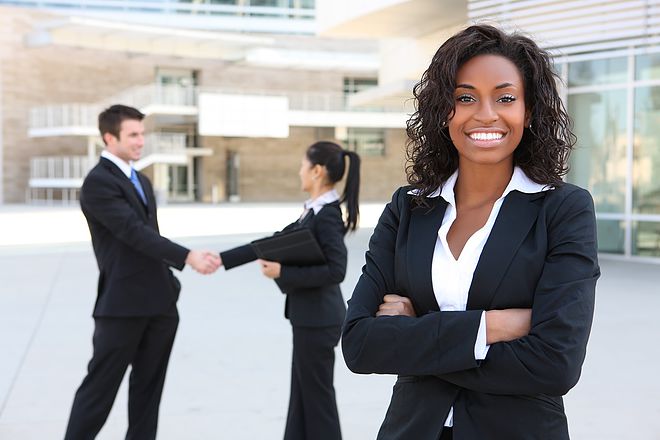 Women from all walks of life come equipped with a story to tell and a desire for a fresh start. In their minds, Dress for Success Atlanta is more than an organization that supplies business suits for women seeking employment after hitting hard times, but a sanctuary of support that yields an opportunity for economic independence, self growth and an ear that will listen.

Its three-platform program addresses three challenges of the underprivileged woman seeking to enter/re-enter the job market. “Simply Suiting,” is the first program that provides women in need with professional outfits for job interviews and a week’s worth of business attire once they become employed. Complete with a showroom full of fashions from designers Liz Claiborne to A. Byer, women take their first steps towards independence in brand name stiletto-style.

The second program is the Professional Women’s Group (PWG), designed to aid in job retention and provide networking resources for women seeking to grow professionally. It is also one way the organization keeps track of how the women have progressed.

The Career Center is the third program that allows women to learn and sharpen job skills by providing workshops, tutorials and internet access to all Dress for Success Atlanta clients.

Program Director Victoria Hook knows the value of the organization. She has served as both director and as one in need of direction.

A few years ago, Hook was a wife and mother looking to re-enter the workforce. Having earned a bachelor’s degree in business management, the expectant mother was unable to work during her pregnancy. Her previous job did not require her to dress up and she was without a decent business suit. After the birth of her daughter, Hook’s resources were low.

“I had to start over. One of my college friends worked for Dress for Success Atlanta and the organization was able to provide me with a job interview suit to help me get on my feet,” says Hook.

After an exhaustive job search, Dress for Success Atlanta would again come to Hook’s aid with a part-time job offer, later resulting into a full-time position as the organization’s Program Director. Having gained three years of experience serving the community, Hook and her staff have helped the doubtful faces of women entering their doors, leave with a smile and sense of optimism about their futures.

“I do see myself in many of the women,” says Hook. “We see women who have never worked before because they were housewives and are now divorced or widowed. Our services don’t just help the young or welfare to work mothers. We also help those who have been living a good life at one point and circumstances have forced them to start over.”

As the women seeking the services of Dress for Success Atlanta vary in ages from 19 to 60, the volunteers of the organization are just as diverse.

19 year-old Francheska Welch had a desire to work in a department store, but now feels her experience working for Dress for Success Atlanta has been much more than a resume builder.

“This experience has been life changing. I have had the pleasure of helping out so many people. It is a great feeling,” says Welch.

In addition to serving as a personal shopper, 20 year-old April Adams has also had to give out a few hugs.

“There are many women who come to get outfits and end up opening up about their lives. When they talk, I listen,” says Adams. “I realize some of these women have been through stuff I couldn’t speak on.”

According to Hook, her team becomes counselors by default. “There are times we must give out hugs and pull out the tissue boxes. To see a woman leave encouraged, carrying a handful of shopping bags full of clothing and excited about a job interview is just one of many rewarding aspects of my job.”

The traditional way for women to become clients of Dress for Success Atlanta is through referrals from other non-profit and/or government agencies that offer job readiness programs. These agencies include homeless and domestic violence shelters, immigration services and job training programs. Nearly 95 percent of the organization’s clientele are African-American.

Currently, Dress for Success Atlanta accepts referrals from 50 agencies in the Atlanta area and the list is expanding. However, the organization has accepted women who just need professional attire when their budget is tight.

With rising gas prices and a housing market flooded with foreclosures, few would argue that women are not the only ones in need. At the time when Dress for Success Worldwide was founded in 1996, Founder Nancy Lublin felt there was a greater need for women to have access to these services. As times change, so has the organization.

“The reason our organization has not yet expanded to serving men is due to restraints in budgeting and costs of implementing a new program. It is something that is often discussed and will happen when we have the resources,” says Hook.

While Hook organizes annual fundraising events such as fashion shows, the bulk of Dress for Success Atlanta’s funding comes from grants and private donations.

With a very strong Board of Directors that includes Lia Sophia Fashion Jewelry Company Vice President Elena Kim, and Bobbi Brown of Bobbi Brown Cosmetics, the organization is using the little that they have to make a huge difference.

With a growing clientele, Dress for Success Atlanta is ready for its makeover. The prospect of a new building and meeting new people to service are both on the “to do list” for the year 2009.

“Our goal is servicing as many women as possible. It is unfortunate to see the number of women in need rising, but it just shows the importance of having an organization like Dress for Success,” says Hook. “You can be on top of the world today and at the bottom tomorrow. Through this organization, I have learned not to take things for granted and at all times strive for success.”

Quote of The Day: Panic

Run Towards The Mark!